An excellent exhibition and well worth a visit. 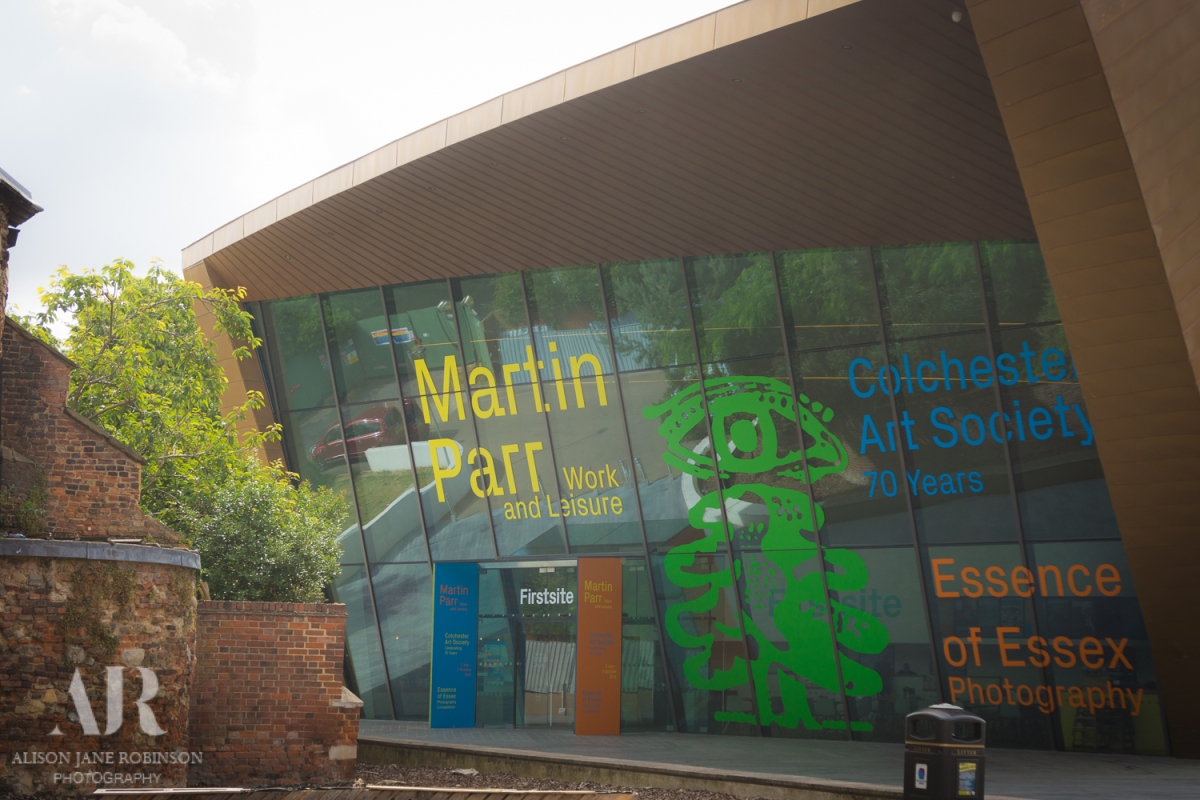 Last week I had yet another visit to Suffolk/Essex but this time a made a special effort to stay an extra day and visit Colchester’s FirstSite gallery on my way home. the FirstSite building has been open about three or four years is currently hosting its first major photography exhibition, Martin Parr’s Work and Leisure.

The whole gallery has been given over to the exhibition that is on until early October and it displays photographs taken throughout Parr’s life.

Within the entrance area is a selection of images displayed in a grid from Parr’s ‘Common Sense’ collection taken between 1995 and 1999 they make a striking and sometimes lurid display. Parr’s trademark style comes across clear and bright in the display of closely cropped cups of tea, cupcakes, sandals and lots of other ordinary every day items that I generally wouldn’t bother to document. Together though, they are very striking and really do give a taste of modern consumerist culture. 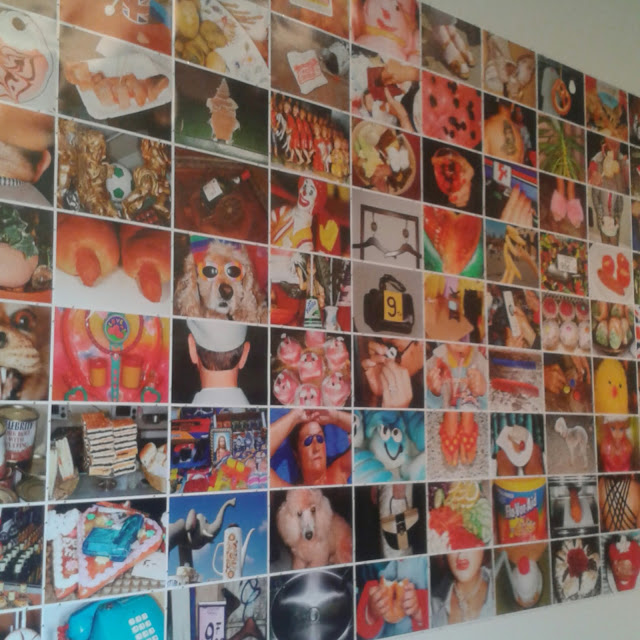 Along the gallery is Work and Leisure taken around the world between 1986 and 2015 these photos show people doing their normal every day jobs and also relaxing. The first group of photos show people at work dong what needs to be done to prepare products or services while the second group shows people relaxing and consuming. I was particularly drawn to a photograph of a large indoor swimming area/beach. It is a vast space full of people laying out on towels, sitting on the sand, paddling and swimming. It looks like a Where’s Wally picture. 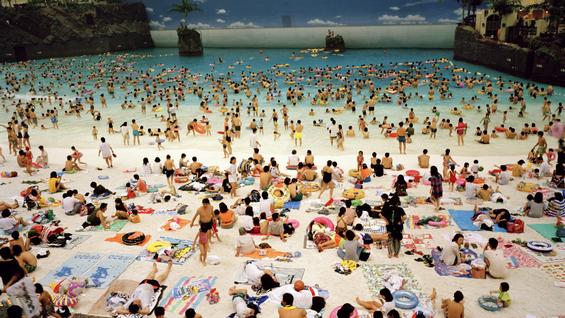 Further along in the next gallery space are photos that Parr was commissioned to take of the Rhubarb Triangle in Yorkshire. The bright rhubarb colours clash brilliantly with their surroundings. I particularly liked Parr’s image of a grower holding a large bunch of picked rhubarb which glowed against his navy overalls and muddy boots. 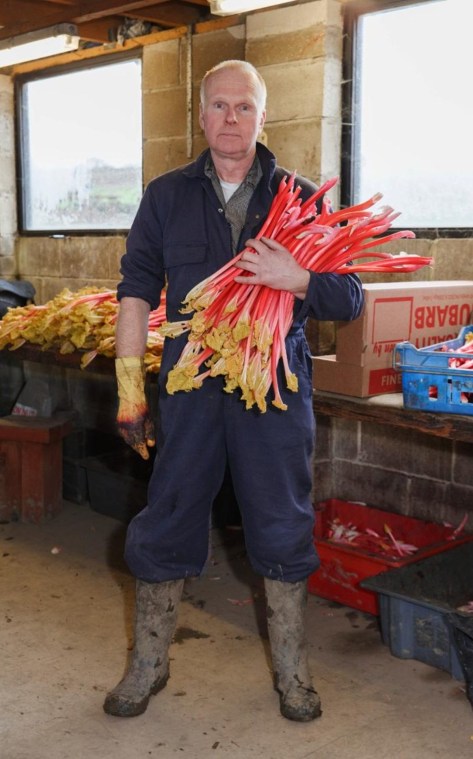 I have looked at Parr’s Last Resort photos in the book so often that they were very familiar when I saw them up close and for real in one of the next galleries. I was very pleased to see that most of my favourites were there on display. 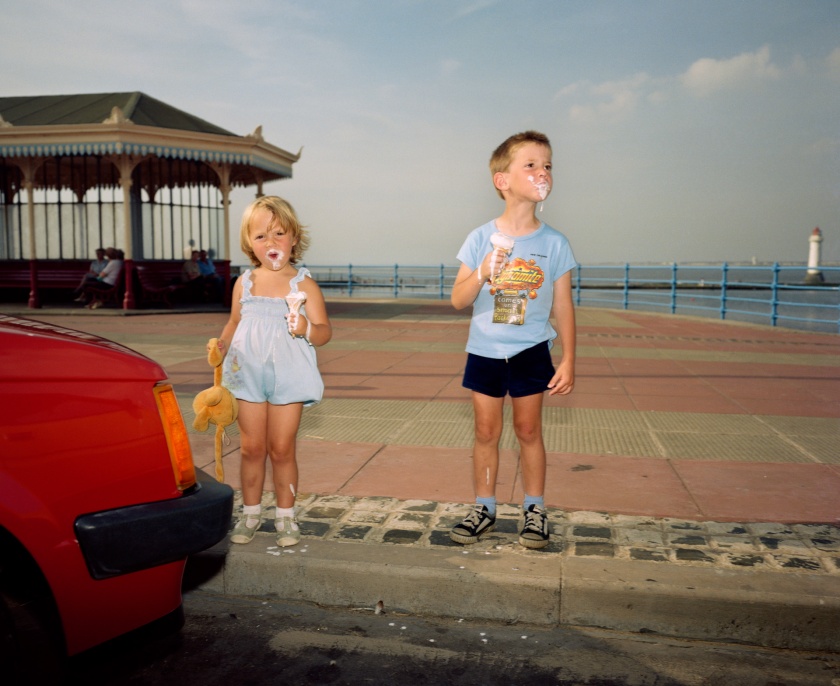 I was pleased to see a few images from The Cost of Living collection. These were all taken between 1986 and 1989 in response to criticism of class voyeurism of Parr’s Last Resort photographs. It is a similar documentary effort to that of the Last Resort but about the middle classes, conservative gatherings and floral wallpaper.

My favourite exhibition though was The Non-Conformists, a collection of black and white film images of the people and places around Hebden Bridge taken between 1975 and 1980. I particularly like to see the elderly ladies at church, one where they appear to be asleep in the pews and another of a lady having a cup of tea below a representation of the last supper. 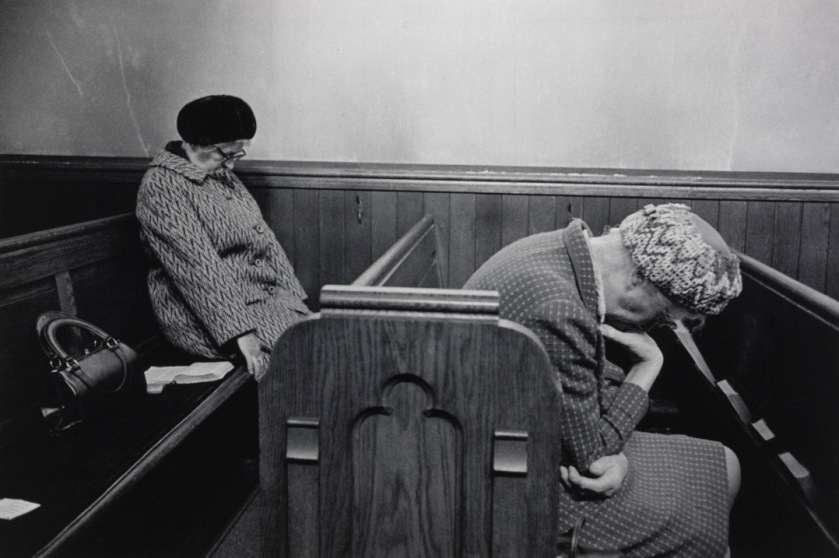 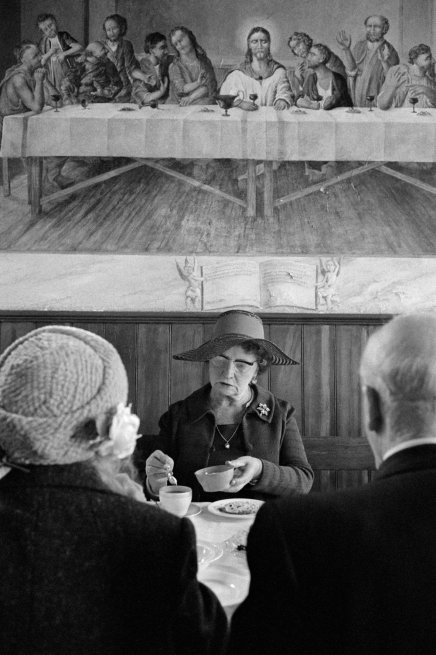 Other displays included a series of self-portraits and some ‘boring postcards’, both are worth a look but didn’t really do anything for me.

All in all I thought this was an excellent exhibition and it is well worth a look around, there is so much to look at and some of it is quite thought provoking. Parr really does have a lot to say about our greed and consumerism.