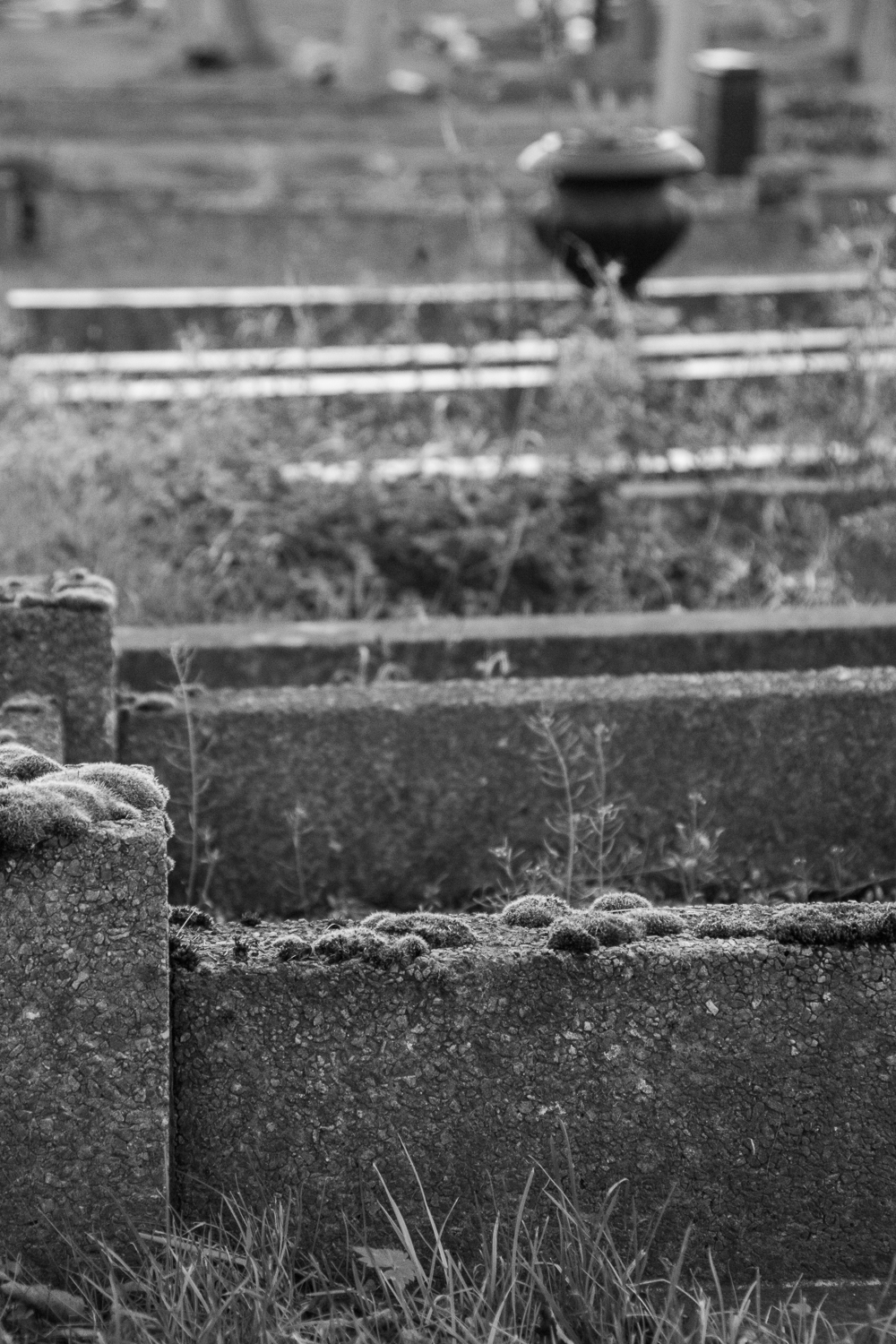 For the first part of our Know Your Camera assignment we have been concentrating on autofocus. It can be useful and its sometimes quicker and more accurate than manual focus.

With my camera set on autofocus, at its widest aperture and a medium telephoto I found a smallish subject close to the camera and a background with some detail in it. Then with the subject positioned at one edge of the frame I was asked to make two images, one with the subject in focus and the other with the background in focus.

I had a wander round a dilapidated graveyard and took these two photographs.

The first focuses on the moss on the edge of the grave while the second focuses on the urn, the dead plants and other graves in the background. To achieve this I focused my camera on the moss then locked it in position while I framed the shot and then took the photo. Staying where I was I then pressed the focus again and took the second image. 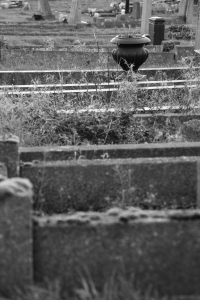 A histogram is a statistical graph that represents the frequency of values of a quantity by vertical rectangles of varying heights and widths. The width of the rectangles is in proportion to the class interval under consideration, and their areas represent the relative frequency of the phenomenon in question (Dictionary.com).

My camera’s light meter measures how many light and dark pixels (luminosity) there are in a scene and displays them as a histogram. The blackest pixels, or the shadows, are displayed on the left, the whitest pixels, or the highlights, are displayed on the right and the other shades in between in a 256 step scale. The midtones, displayed at 18% grey are in the centre. The taller the graph is, the more pixels of that tone are in the image.

Histograms also give an indication of the amount of contrast there is in a photograph. A narrow histogram generally reflects an image with less contrast while a broad histogram has more contrast. Contrast has darker shadows and brighter highlights to ‘pull out’ texture in an image.