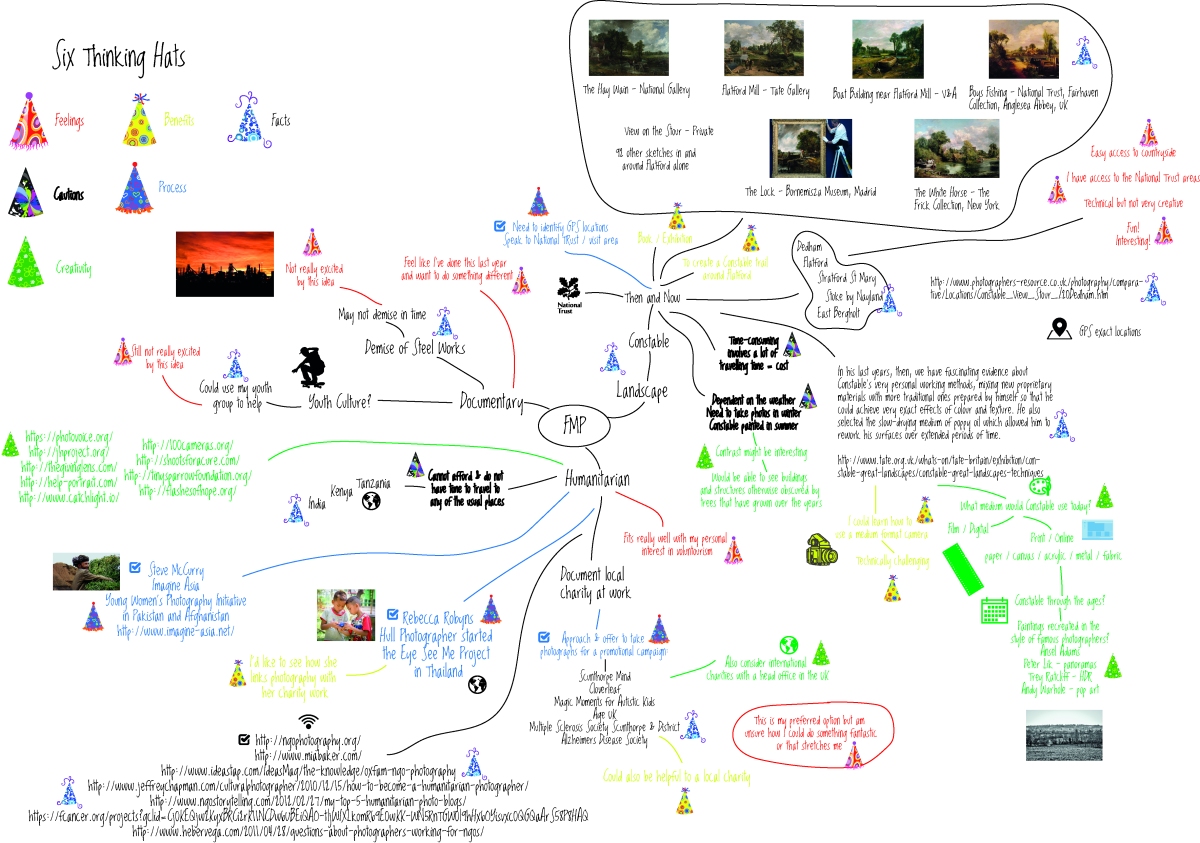 Yesterday I sent my proposal to my lecturer. He is away for a couple of weeks but promises to get back to me while he is off so that I can start to get on with it.

I have three ideas that I would like feedback on. The first is some kind of documentary project that I think I probably won’t do, the second is a landscape project based on the works of the artist Constable and the third is a an idea that I only came up with this week called Faith in Photographs. I need to do some further work on that one though!

This is the project proposal that I think I will be going with.

Project proposal: Constable Then and Now (Plan A)

I plan to document the modern day scenery of where John Constable (1776-1837) painted and sketched in and around Flatford in Essex.

I will create a set of photographs, linked to GPS coordinates, for a guide that shows what the specific scenery painted and sketched by John Constable looks like today.

Having grown up in the area, and spent a lot of time in Dedham Vale I have heard a lot about Constable and have been familiar with his paintings since I was very young. I have more recently learned about the many sketches he used to inform his paintings and was pleasantly surprised that many of the trees included in these sketches are still standing today.

There are seven paintings and almost 100 sketches that Constable has made in Flatford alone. I will attempt to research and locate the exact spot where Constable sat to produce each piece of artwork and to reproduce that scene as closely as possible.

There are books and Internet resources that show the paintings and sketches but three of the paintings are hanging in galleries in London and another is in Anglesey. I will make a point of visiting those in London. One painting is in private ownership.

Most of Constable’s paintings are of the scene in the height of summer but I plan to recreate the scenes in winter when you are still able to see buildings and details through the trees. I am quite interested to compare the scene in two seasons but given the timings I don’t think that will be possible until after this course ends. I plan to research the different locations over Christmas and return to take photographs in January and February – weather permitting.

This has not been done before for Constable’s paintings and at this stage I am not sure if it has been done for many other landscape photographers. It could be the start of a much wider project with similar guides created for Dedham, Stratford St Mary and East or West Bergholt in the future and a potential to exhibit the photos in the Flatford visitor centre.

I shall need to contact the National Trust in Essex to gain access to some of the locations.
I shall also need to set aside time and travel expenses in order to ensure that I take the photographs that are needed.

This whole project could be delayed due to unsuitable weather.

This is my rich picture showing some of my thinking around the project proposal.