Last week, Anete and I went along to photograph the Fire Service Community Awards on behalf of Humberside Fire and Rescue Service. It was a great event that recognised some of the heroes in our community that have saved lives, shown incredibly bravery and determination and simply stood out in their service to the community.

Anete and I worked together to photograph as much of the event as we could. We began before the event started by photographing the room and place settings, then approached people as they arrived to take photos of them in their best outfits. Then as the evening progressed we photographed the speakers on the stage and the winners of each award as they collected their trophy. Between us we also went around each table photographing the sponsors and nominees.

We previously worked with the event planners to source a dye-sub printer so that during the final part of the evening we were able to set up a photo booth, taking photos of groups and printing them then and there to raise money for a charity called The Burns Club.

It was great fun but very hard work and I think we managed to pull it off between us. Anete and I work very well together, supporting and encouraging one another, agreeing how best to divide the work in order to best satisfy the clients needs. We both struggled with the poor lighting in the room and neither of us really like to use flash but we found it essential at times during the evening to get the shots that the client wanted. These are just a few of the images taken on the night. 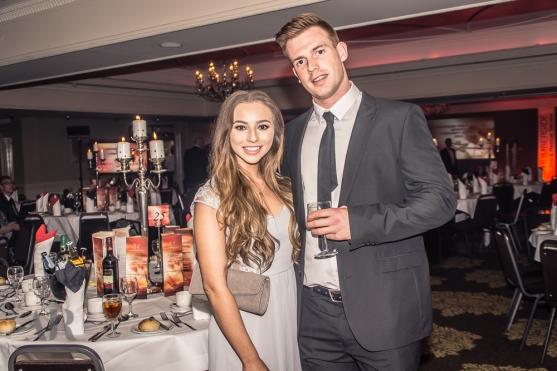 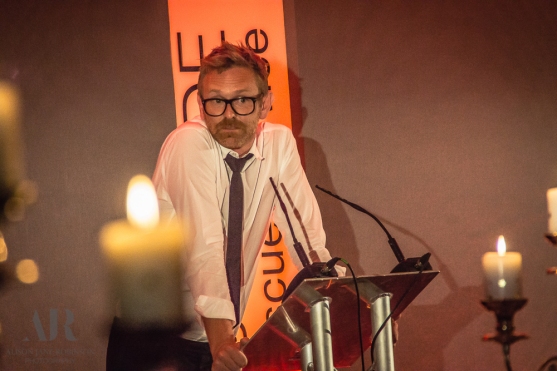 The photo booth was good fun, each of us playing to our strengths with Anete taking the photo and me printing them off. It was a popular feature of the evening and became quite pressured at times when large groups of people all wanted a print or someone wanted a print quickly because their taxi was here to collect them. I think we could have done with an extra pair of hands at this point but we managed ok and I think everyone was satisfied.

In Illustrator I created an ‘identity plate’ containing the logos that are used for the awards and used Lightroom to apply it to each of the photo booth prints. The printer printed everything with a strong yellow tinge so I needed to increase the blue every time in order for them to print at the correct colour.