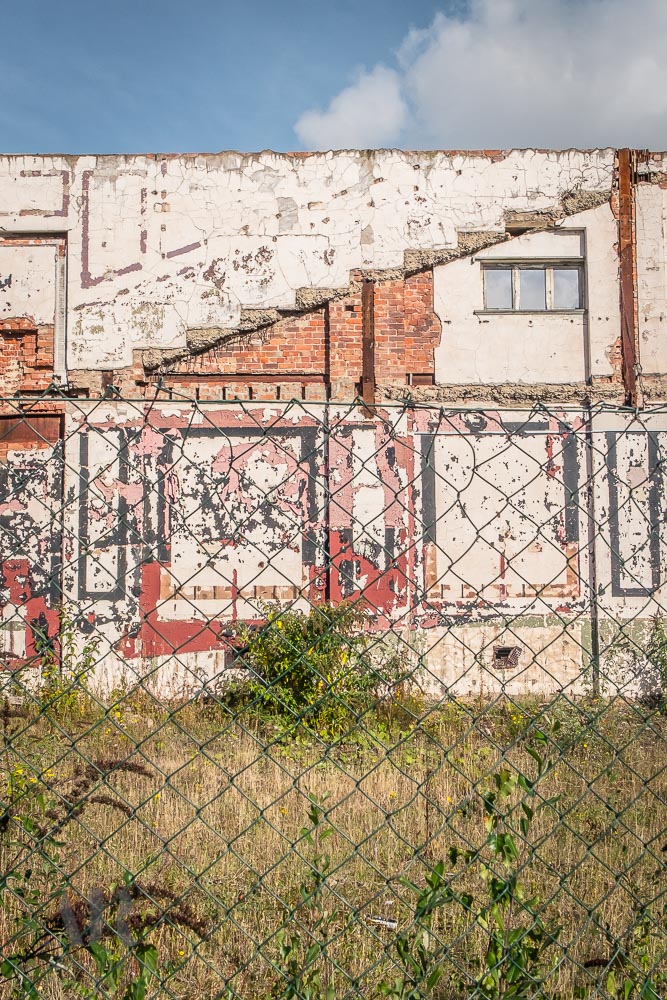 I’ve been given a short assignment to take some photographs on the theme of ‘Edgelands.’ It is a theme that is appearing in many contemporary landscape photographers work. Edgelands being forgotten or abandoned places and particularly those that are along the edge between urban and rural spaces.

Paul Farely and Michael Symmonds Roberts on their book Edgelands, describe these areas like this:

“The wilderness is much closer than you think. Passed through, negotiated, unnamed, unacknowledged: the edgelands – those familiar yet ignored spaces which are neither city nor countryside – have become the great wild places on our doorsteps.

In the same way the Romantic writers taught us to look at hills, lakes and rivers, poets Paul Farley and Michael Symmons Roberts write about mobile masts and gravel pits, business parks and landfill sites, taking the reader on a journey to marvel at these richly mysterious, forgotten regions in our midst.

Edgelands forms a critique of what we value as ‘wild’, and allows our allotments, railways, motorways, wasteland and water a presence in the world, and a strange beauty all of their own.”

Paul Harrison and Nick Dunmer, for their project describe Edgelands as, “a photographic exploration of neglected and largely forgotten landscapes where nature and people have left indelible marks on each other. Unusable, marginalised and unattractive, these wastelands are however embedded with personal and historic resonance.”

Artist George Shaw is well-known for his paintings of the Tile Hill Estate in coventry which identify with this theme. These are two of my favourites from his series ‘Scenes from the Passion’.

Contemporary Australian photographer, Mark Kimber has taken a series of photographs on the theme of Edgelands. They are all taken during the evening or at night and I like the deep blue and orange colours in them. 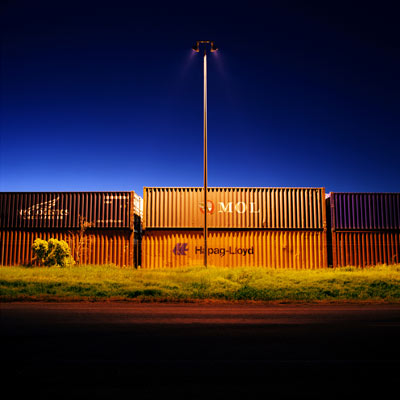 South African photographer Dewald Botha has taken photographs of Suzhou, in China in a collection called Edge of the city. I think these are the most beautiful pictures that I’ve found on the theme of Edgelands. The foreground is less wilderness and more parkland and the tower blocks give the illusion of a forest in the background. 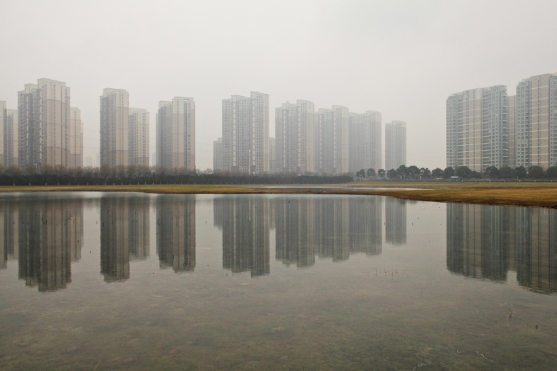 For my own Edgelands landscapes I took a stroll along the edge of town to places that are signposted as being left to wilderness before development at a later date. On my way I also took a couple of photographs of places that have been neglected. 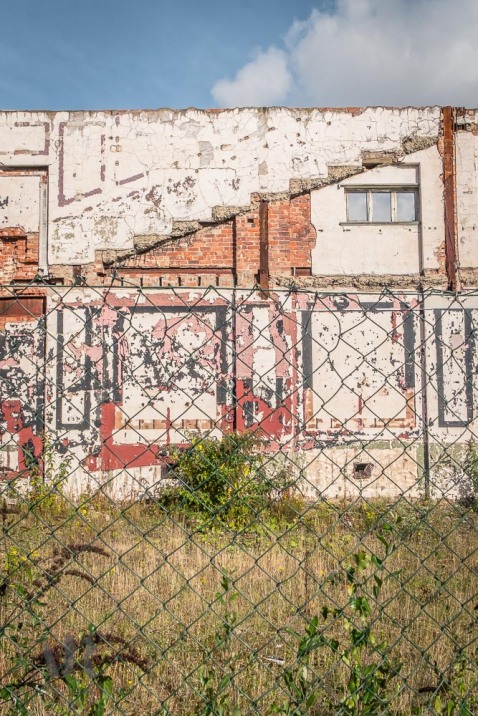 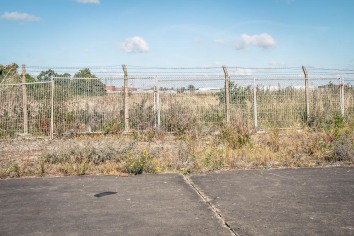 End of the road

Edge of the car park

Although this photograph doesn’t fit with the series above. I’ve included it here because I think it does fit with the theme. It was taken last winter of some stairs going from a public footpath through some woods to the housing estate lower down the hill.

While I had a nice walk, I’m not sure that these are the type of landscapes that I would normally enjoy taking. Politically I’m sure the council has a plan for most of these areas and they will be converted to housing or industrial land. The land where the cinema used to be is for sale but it has been for several years now and there is no public strategy for the plot that I am aware of.