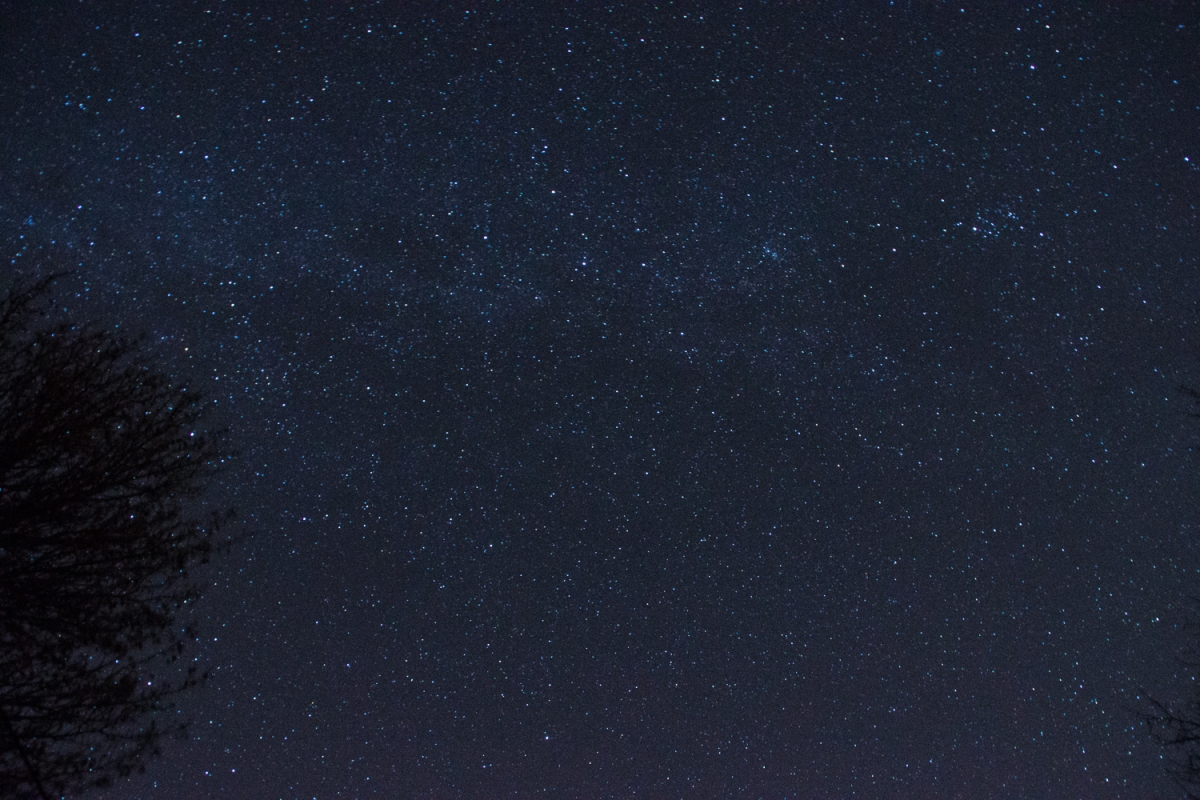 For this part of the Interpretations assignment I have chosen to photograph the stars, after all, they are beautiful and timeless.

It has taken me several weeks to find the correct weather conditions but tonight was a very clear evening with no moon meaning it was dark enough to be able to catch the stars in their glory.

Living in the middle of a town it is far too bright to photograph the night sky properly from my street or garden so I drove out of town to a very dark quiet road and parked up in the track entrance to a field. I set the camera up in the car and then set it on a tripod where I wanted it before closing the car up and turning all the lights off.

I took several shots on different settings until I settled on some photos that I liked. I set it to manual focus and focused it to infinity and tried the shutter speed on both 30 seconds and bulb. As it was very dark I also had to point the camera in the general direction of the sky and again experiment until I had the trees in the right place. I also wanted to capture as many stars as possible without getting any star trails so I set the ISO to 1600.

This image taken with a faster ISO and shorter shutter speed is my favourite and has captured the Milky Way. 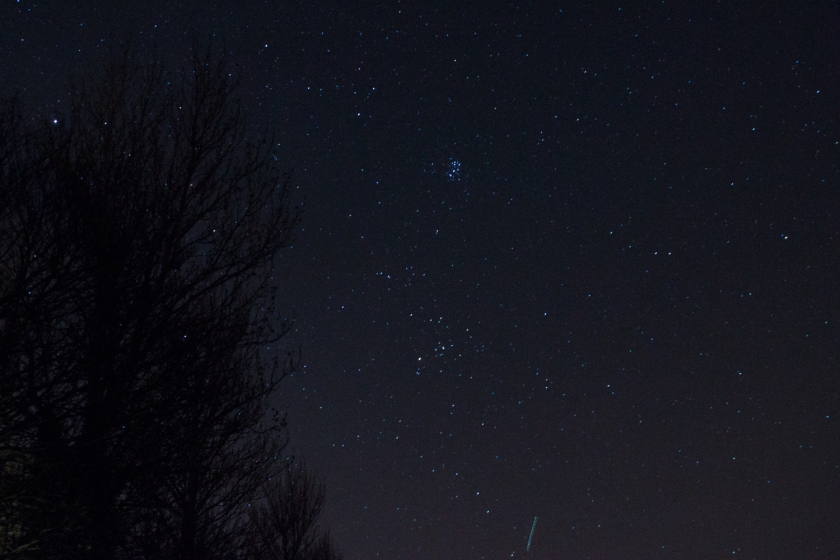 I quite like this image too as I appear to have caught a shooting star at the bottom of the shot.