Why is it that when you point a camera at a cat it immediately gets up and walks towards you?

After several unsuccessful attempts at photographing my parent’s cat, Kelly, I roped my dad in to help with this part of the Interpretations assignment. He combed the cat and kept her occupied while I took some photos.

They were by some large glass doors where, on a dull rainy day, the light was very soft but bright enough to highlight the details on a black and white cat. I set the ISO to 400 in order to freeze the cat’s movements and keep the aperture to around f8. I shot in RAW and converted the photos to black and white in order to emphasise the monochrome colours of the cat. 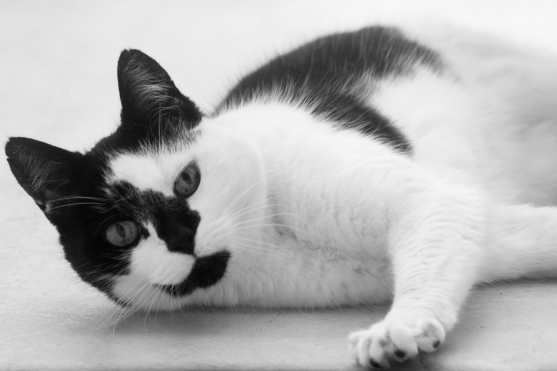 I took several images but the first photo is the one I like best. You can see the shear pleasure in her eyes and in her stretched paw.